I left the hotel at two in the morning, hoping to make my seven o’clock flight out of Paris. It was dark, windy and wet. But I made the flight and I’m now settled into my seat 17C by the window, working on this Update and hoping for a bit of sleep before we touch down in ten hours. I’m scheduled for 36 hours at home before I fly out to China.

This had been Berck’s 20th anniversary and a huge celebration was planned. But the elements had something to say about that! All week we have been hammered by heavy wind and rain. Of course, it was still a great gathering of kite friends. And between squalls, the show continued.

The World Sport Kite Championships returned to Berck this year. Sixteen teams from nine counties showcased the best of sportkiting from across Europe, North America, Asia, and South America. 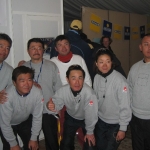 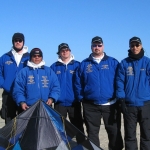 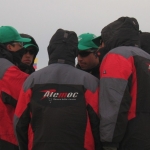 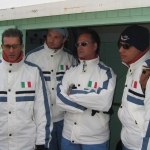 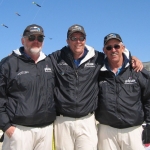 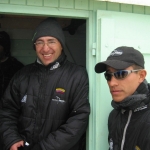 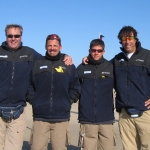 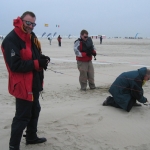 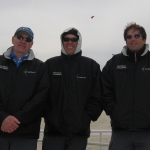 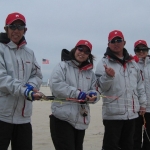 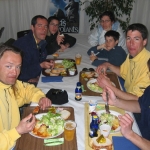 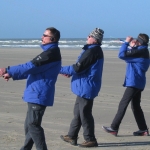 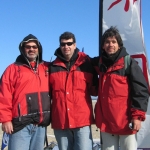 Final results are shown below, or download detailed scores in PDF format:

WSKC has traditionally operated over three days. Precision is flown each morning and ballet in the afternoon. The best two scores for each are combined to generate a final ranking. 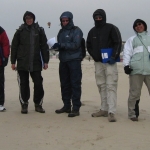 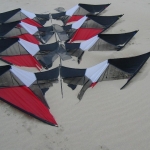 Thanks to Berck for hosting the event, and to the judges and staff that spent hours on the field directing operations, assisting competitors, and calculating over 1000 scores each day!

While conditions were daunting — and actually cancelled at one point when winds exceeded 50 mph – it was competition and camaraderie at its finest. Scores were close all week.

New teams learned from the more experienced ones. Older teams pushed the envelope with bolder maneuvers or by adding members. Other teams played safe and continued the previous year’s routine.

In the end, Cutting Edge prevailed by two points. Tame Bird was clearly disappointed but should be back again next year. And the Japanese took three of the top six places. That’s a development to make note of.