I apologize. It had certainly been my intention to publish daily reports from the World Sport Kite Championships in Berck. But that was before the Panini…

Ugh. After twelve years of traveling and all kinds of exotic food I thought I was immune. But Tuesday morning, food poisoning knocked me off my feet hard. I spent two days either in bed or in the “WC” and never even saw any competition until it was all but complete. 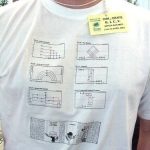 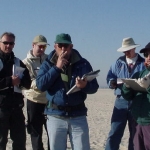 The World Sport Kite Championships (not to be confused with the now defunct World Cup) is organized by AKA, STACK and AJSKA. Teams fly precision in the morning and ballet in the afternoon. They do this for three consecutive days and then their best two scores are averaged to create a final ranking. Scores from each judges were released in detail.

Sport kite demos continued throughout the weekend including a major Mega-Fly. But the magic of Berck remain the enormous show that stretches half a mile along the sandy beach. Complex cellulars, new inflatables, whirling laundry and every flying shape imaginable fill the blustery sky. 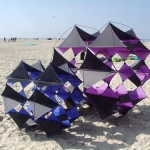 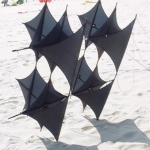 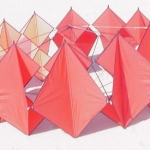 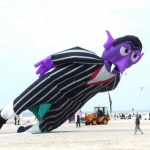 By the end of the week, my stomach was returning to normal. Sunday crowds were estimated at over 100,000. Cooler winds had turned warm and the sun was bright against the sand. 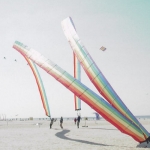 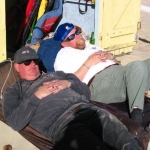 Pete Dolphin and I flew Rainbow Arches and pretty much wore ourselves out. But that’s why you always keep something soft in the kite bag, right?